Railways are undoubtedly one of the greatest boons to humanity. Nor only does it make travel easy, but it also does its best in connecting different communities and cultures in a diverse country like India. Railway stations are the connecting link between the passengers and service providers. India has some of the busiest and beautiful railway stations around the world, most of them built during the colonial era.

In this blog, we tell you about the top 5 architectural marvels of the country, along with their noted features and amenities they provide.

The station features a unique blend of Victorian Gothic and Indian architecture, making it a popular tourist destination.

Listed among the largest train stations in India, Howrah railway station or Howrah Junction was designed by the British architect Halsey Ricardoand. Initially, it had 15 tracks, which were later formulated to 23 by the early 1980s. Apart from the most beautiful architecture that the Howrah Junction features, the station is also one of the oldest and one of the busiest railway stations in India.

Chennai Central Railway station is the main railway terminus in the city of Chennai. The 142-year-old building architecture of the railway station is one of the most prominent landmarks of Chennai. Designed during the British era by English architect George Harding, the station has 17 platforms to handle long-distance trains with 5 platforms exclusively for suburban trains. About 350,000 passengers use the terminus daily.

Vijaywada railway station is located in the city of Vijaywada in Andhra Pradesh, India. It is one of the busiest railway stations in India, and serves as a major transit point for passengers travelling to and from the state. The station is managed by the South Central Railway zone of the Indian Railways. It has 10 platforms and more than 200 trains pass through it every day. It is well connected to other parts of the country via rail, road, and air.

The revamped World-class Rani Kamalapati Railway Station was inaugurated by Hon’ble Prime Minister Shri. Narendra Modi on 15th  November 2021. The Ministry of Railways has privatized Rani Kamalapati Railway Station, making it India’s first private railway station built under a public-private partnership(PPP) system. It has 5 platforms and more than 100 trains pass through it every day. Additionally, it features a number of top-notch amenities that are uncommon for an Indian railway station to have. 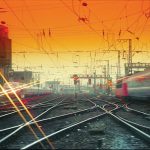 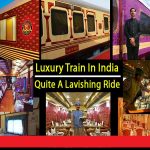