Rani Kamalapati is the renowned first world-class railway station catering to 13000 people on a daily basis while providing them with remarkable amenities. This cycle of giving out hearts and help to travelers have completed a wonderful journey of a year with many more to come.

RKMP has successfully transformed the meaning of railway stations and elevated the standards for the upcoming privatized railway stations. The year for RKMP was completely a roller coaster ride with covid and caution to the reopening from travel restrictions and inauguration by the prime minister to the organizing of multiple mega events, Rani Kamalapati railway station has come a long way.

The History of Rani Kamalapati

Rani Kamalapati was the Gond Queen, daughter of Kirpal Singh Sarautia, the king of the princely state Salkanpur, Sehore. She was an exceptional horse rider, wrestler, archer, and military official for her father’s military force.

Rani Kamalapati was one of the seven wives of Nizam Shah son of Suraj Singh Shah who ruled 750 villages in the 16th century. A cousin of Nizam Shah wanted to marry Rani Kamalapati and so to save her honor, she went into hiding with her 12-yr-old son and sought help from the Afgan Leader Dost Mohammad Khan.

The story of Rani Kamalapati is not just saddening yet courageous and the epitome of boldness. With all that she had, she chooses her honor and respect for the glory of her son.

Rani Kamalapati is revamped in a modern manner with all the newest amenities. From creating a sustainable infrastructure to solar panels, an incredible and easy water and waste management system, with a kids’ play area, massage chairs, air-conditioned waiting area, and food zone in air concourse, VIP Lounge and escalators, and lifts, RKMP has it all. It is redeveloped to set standards, not just like the airport but better.

It has given life to a new travel experience, an experience that travelers cherish even after when the journey’s over. A place that has all the amenities and proves to be the best spot for organizing mega-events, such as those which were organized in the year of the glory, education fair, Jarokha, and property expo.

It is built to bring quality to your journey, a journey that is filled with nostalgic memories. RKMP strives to make that mark on your memory by making the process of traveling a much easy and more joyful experience. 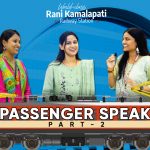 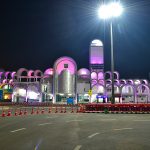